A discovery of witches by Deborah Harkness 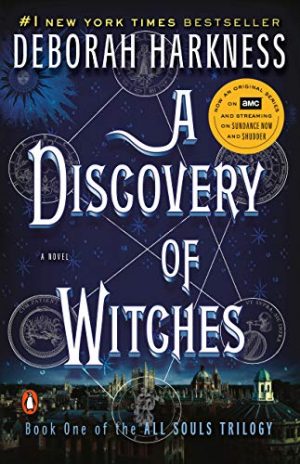 today I bring to you the review of a very special book. I had only seen the TV series of this trilogy, the first season, waiting for the second and third, and I loved it madly, it’s a fantasy, but not young adult. In short, the TV series had fascinated me so much that during the quarantine, having the book kindly sent to me by Piemme, with the cover with the actors, having the time between a new release and the other I decided to read it. You will have already seen from the cover of what I’m talking about, it’s A discovery of Witches, The book of life and death by Deborah Harkness, starring Diana, played by Teresa Palmer, known for many films, and Matthew, played by Matthew Goody known for his role in The Crown.

The length of the book might seem intimidating but, it will be that I already knew the story on a large scale, I ended up reading more than 100 pages a day, I practically devoured it. And I was pleasantly surprised to see that although many scenes between book and TV series were different, the adventure itself, the travels of the characters and the characters themselves, were the same. One thing that I found different and that one cannot fail to notice is the attitude of some characters towards others who are friendly in the series, and the opposite in the book.

And yet, apart from absolutely wanting to read the second volume, the third, and also the prequel published last year by Piemme, I am also looking forward to the TV series that should come out this year, but with all the things that have happened, there is not certain news.

For those unfamiliar with this particular book I tell you a bit about the plot. Diana Bishop is destined to be one of the most powerful witches of all time given her parents, but she has always denied magic since she was a child, she always wanted to do everything with her own strength, until, during a study for her research in the Bodleian of Oxford, a mysterious manuscript, which many have sought for decades, comes into her hands.

She is not aware of its power, nor why so many creatures, vampires, demons and witches, have been looking for it for so many years. It is said to contain the first witches’ spells, and also the origin of vampire creation. But it is a haunted, disappeared manuscript, and now that Diana has come into contact with it has become a target herself.

And it is precisely at this moment that he knows him, Matthew Clairmont, a vampire who for years engaged in the search for the lost manuscript. But he is not like the others, he is different, and even if he wants to get hold of the manuscript he does not treat Diana as others treat her, on the contrary he protects her, earning her trust.

The two will face many adventures, many difficulties together, and their journey to reveal the secrets that rage their world is just beginning. Even they are not yet aware of what they will face.

Una risposta a “A discovery of witches by Deborah Harkness”