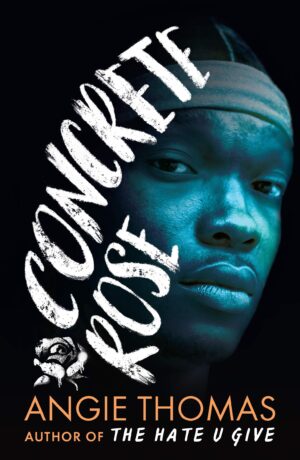 as you can see from the title I wanted to change from the usual format. I know that as I wrote the headlines were more direct, but I got a little tired of seeing that all the articles are called the same. I know this way it’s a bit of a clickbait, but in my opinion it makes the blog more original and different from the usual standards. Obviously everything will also be in the statistics of the blog, if things do not go as planned I will return to the old format soon.

I don’t know if you’ve seen it but just a week ago Rizzoli released a prequel that we never expected to have. When I read Angie Thomas’ announcement about this a while ago, Concrete Rose didn’t seem like such a significant prequel to the story of The hate u give, but not because I underestimated it, I just didn’t expect the protagonists to be such an important characters in the period of their adolescence. I had expected something like On the come up, same neighborhood, same crew but different characters.

But no. With Angie Thomas now I’m on the safe side, so even when we decided to organize a review party I didn’t bother to read the plot. I read the other two books by the author, I knew what I was going to read. Only at a specific point in the story, when a name is mentioned that I somehow figured out I knew it, and then I did realize that in reality the protagonist of the story, Maverik, is the father of Starr, the protagonist of The hate u give, only younger. In fact, the book explore his teenagehood, since he met what will later be the mother of his children, how he had Seven with Iesha, and his relationship with King. But above all, it explores the sides of being a member of a gang and how dangerous that is.

I already tell you that, even if you have not read The hate u give, you can very well read this, after all it is the prequel, and there is no need to already be aware of details about the characters because in this book we start from scratch, exploring every moment of the life of Mav and his friends. It can also be seen as a great way to get involved in this world of gangs, racism and troubled families, the perfect way to prepare, if you haven’t already, to read The hate u give, and then if you want, because despite being the same setting they are not connected at all, even On the come up.

I don’t want to say much about the plot because I have already mentioned something and there is nothing particular to express. Yet after understanding who actually was our protagonist, I managed to connect him fully to the Maverick we already know. It is the same humble person who helps his mother pay the bills, who takes care of his child alone, and who is in the wrong places at the wrong time, and from there, always linking the concept to The hate u give, you can see why he wants his kids to stay out of  gangs trouble.

In itself it is a very strong book, which explores acts of the daily life of some people that are not just fiction, but are things that unfortunately happen on a daily basis. It is nice to see that Angie Thomas was not afraid to talk about such a delicate concept, she had the courage, what we all should have to condemn wrong actions and be supportive and not selfish. Because, as we are also seeing in these days, in this last year, life is too short and too uncertain to give space to hatred and discrimination.

I wish you a good read because I really hope you will decide to read it.