Good afternoon and good August 1st at all.
Today I decided to do after a long, unforgettable time, the Wrap Up of the last month and TBR of the current month.
I hope you’ll appreciate this article.
In July, too, after so many months, I managed to read two more books than those sent by publishers for reviews. * Smile happy and satisfied *
It’s best to start right away with the article: 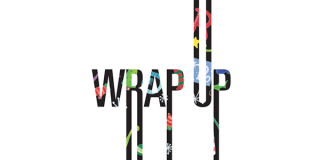 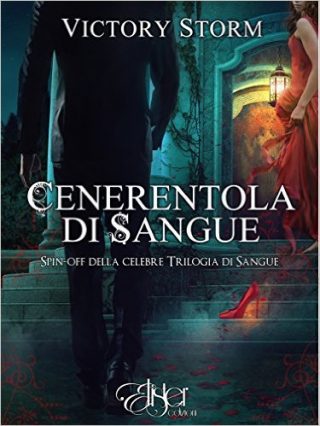 Plot: After centuries of struggles, peace between the vampires and the Order of the Bloody Cross finally seems to be under the guidance of Zachary Macross. Still, there are some factions that are less inclined to accept the conditions imposed by the Order. Among these are the noble vassal caste, governed by the Prince, Vane Vampire. April, future heir to the Macross Company, is just a human as his father, but determined to do anything to keep pace among hunters, lickspersons and vampires. Moreover, her humanity makes her an easy target for these supernatural creatures, and when she decides to to go to the Prince’s costume party, with a spell that will hide her nature, things will fall drastically at the end of Midnight. How can April save himself from the thirst of revenge (and not only) of the Prince, without jeopardizing the delicate balance that holds the peace between the various races? How can Vane take revenge on those who have dared to defy him and lie to him, without yielding to the hypnotic perfume of her blood?

2) The iron king by Julie Kagawa 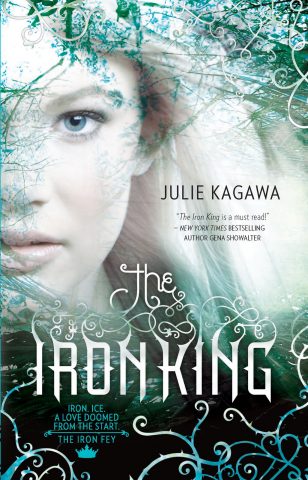 Something has always felt slightly off in Meghan’s life, ever since her father disappeared before her eyes when she was six. She has never quite fit in at school…or at home. When a dark stranger begins watching her from afar and her prankster best friend becomes strangely protective of her, Meghan senses that everything she’s known is about to change. But she could never have guessed the truth.  For Meghan is the daughter of a mythical faery king…and a pawn in a deadly war. Now Meghan will learn just how far she’ll go to save someone she cares about, stop a mysterious evil no faery creature dare face…and find love with a young prince who might rather see her dead than let her touch his icy heart. 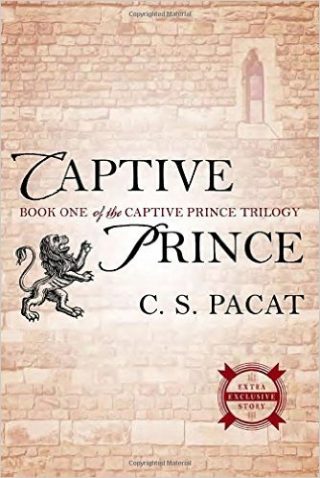 Plot: Damen is a warrior hero to his people, and the rightful heir to the throne of Akielos. But when his half brother seizes power, Damen is captured, stripped of his identity, and sent to serve the prince of an enemy nation as a pleasure slave.
Beautiful, manipulative, and deadly, his new master, Prince Laurent, epitomizes the worst of the court at Vere. But in the lethal political web of the Veretian court, nothing is as it seems, and when Damen finds himself caught up in a play for the throne, he must work together with Laurent to survive and save his country.
For Damen, there is just one rule: never, ever reveal his true identity. Because the one man Damen needs is the one man who has more reason to hate him than anyone else…

4) A Court Of Wings And Ruin by Sarah J. Maas 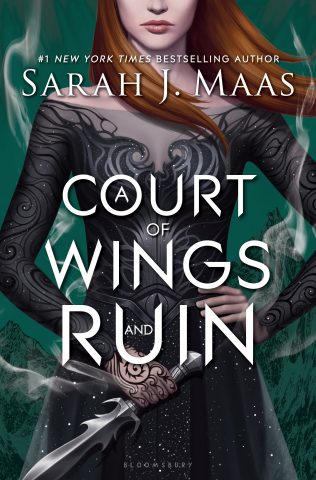 Feyre has returned to the Spring Court, determined to gather information on Tamlin’s maneuverings and the invading king threatening to bring Prythian to its knees. But to do so she must play a deadly game of deceit-and one slip may spell doom not only for Feyre, but for her world as well.

As war bears down upon them all, Feyre must decide who to trust amongst the dazzling and lethal High Lords-and hunt for allies in unexpected places.

1) No Good Deed by Kara Connolly 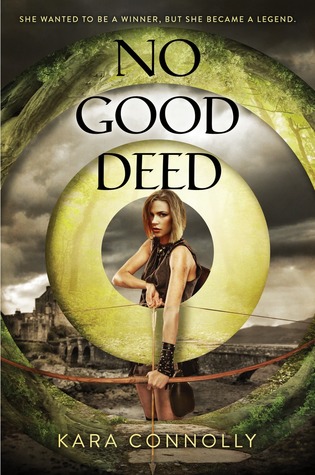 Book I can not wait to read received from the editor in digital ARC version.

Plot: Ellie Hudson is the front-runner on the road to gold for the U.S. Olympic archery team. All she has to do is qualify at the trials in jolly old England. When Ellie makes some kind of crazy wrong turn in the caverns under Nottingham Castle—yes, that Nottingham—she ends up in medieval England.
Ellie doesn’t care how she got to the Middle Ages; she just wants to go home before she gets the plague. But people are suffering in Nottingham, and Ellie has the skills to make it better. What’s an ace archer to do while she’s stuck in Sherwood Forest but make like Robin Hood?
Pulled into a past life as an outlaw, Ellie feels her present fading away next to daring do-gooding and a devilishly handsome knight. Only, Ellie is on the brink of rewriting history, and when she picks up her bow and arrow, her next shot could save her past—or doom civilization’s future. 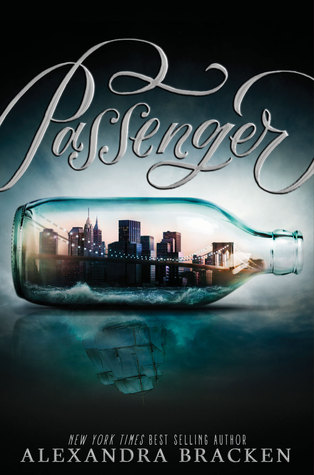 plot: In one devastating night, violin prodigy Etta Spencer loses everything she knows and loves. Thrust into an unfamiliar world by a stranger with a dangerous agenda, Etta is certain of only one thing: she has traveled not just miles, but years from home. And she’s inherited a legacy she knows nothing about from a family whose existence she’s never heard of. Until now. Nicholas Carter is content with his life at sea, free from the Ironwoods-a powerful family in the Colonies-and the servitude he’s known at their hands. But with the arrival of an unusual passenger on his ship comes the insistent pull of the past that he can’t escape and the family that won’t let him go so easily. Now the Ironwoods are searching for a stolen object of untold value, one they believe only Etta, his passenger, can find. In order to protect her, Nick must ensure she brings it back to them-whether she wants to or not. Together, Etta and Nicholas embark on a perilous journey across centuries and continents, piecing together clues left behind by the traveler who will do anything to keep the object out of the Ironwoods’ grasp. But as they get closer to the truth of their search, and the deadly game the Ironwoods are playing, treacherous forces threaten to separate Etta not only from Nicholas but from her path home forever.

3) The Diabolic by S.J. Kincaid 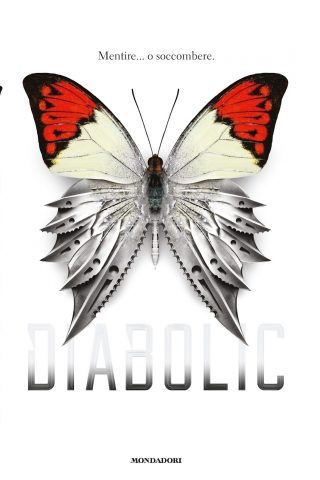 Book I wanted to read since when it came out, kindly sended to me byMondadori.

Plot: A Diabolic is ruthless. A Diabolic is powerful. A Diabolic has a single task: Kill in order to protect the person you’ve been created for.
Nemesis is a Diabolic, a humanoid teenager created to protect a galactic senator’s daughter, Sidonia. The two have grown up side by side, but are in no way sisters. Nemesis is expected to give her life for Sidonia, and she would do so gladly. She would also take as many lives as necessary to keep Sidonia safe. When the power-mad Emperor learns Sidonia’s father is participating in a rebellion, he summons Sidonia to the Galactic court. She is to serve as a hostage. Now, there is only one way for Nemesis to protect Sidonia. She must become her. Nemesis travels to the court disguised as Sidonia—a killing machine masquerading in a world of corrupt politicians and two-faced senators’ children. It’s a nest of vipers with threats on every side, but Nemesis must keep her true abilities a secret or risk everything. As the Empire begins to fracture and rebellion looms closer, Nemesis learns there is something more to her than just deadly force. She finds a humanity truer than what she encounters from most humans. Amidst all the danger, action, and intrigue, her humanity just might be the thing that saves her life—and the empire. 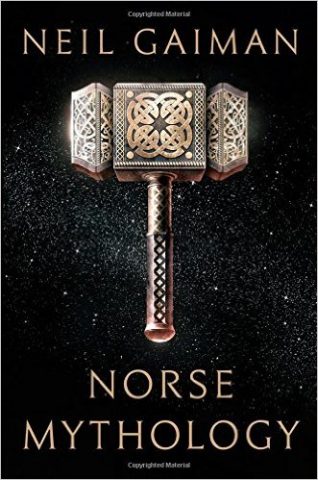 Started from a bit now and absolutely to be completed.

Plot: In Norse Mythology, Gaiman stays true to the myths in envisioning the major Norse pantheon: Odin, the highest of the high, wise, daring, and cunning; Thor, Odin’s son, incredibly strong yet not the wisest of gods; and Loki―son of a giant―blood brother to Odin and a trickster and unsurpassable manipulator. Gaiman fashions these primeval stories into a novelistic arc that begins with the genesis of the legendary nine worlds and delves into the exploits of deities, dwarfs, and giants. Once, when Thor’s hammer is stolen, Thor must disguise himself as a woman―difficult with his beard and huge appetite―to steal it back. More poignant is the tale in which the blood of Kvasir―the most sagacious of gods―is turned into a mead that infuses drinkers with poetry. The work culminates in Ragnarok, the twilight of the gods and rebirth of a new time and people. 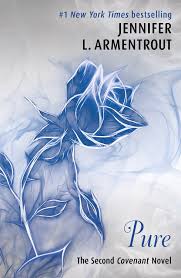 Sequel of Half Blood.

Plot: Enter the world of Covenant…

For Alexandria, being destined to become some kind of supernatural electrical outlet isn’t exactly awesome – especially when her ‘other half’ is everywhere she goes. Seth’s in her training room, outside her classes, and keeps showing up in her bedroom – so not cool. Their connection does have some benefits, like staving off her memories of the tragic showdown with her mother, but it has no effect on what Alex feels for the forbidden, pure-blooded Aiden. When daimons infiltrate the Covenants and attack students, the gods send furies – creatures determined to eradicate any threat to the Covenants and to the gods… and that includes Alex. If that and hordes of aether-sucking monsters weren’t bad enough, a mysterious threat seems willing to do anything to neutralize Seth, even if that means forcing Alex into servitude… or killing her.

That’s all. I hope so much to be able to complete the TBR for this month.

Follow me on social media and let me know what you are reading and what you plan to read next.

To the next article,