To sleep in a sea of stars by Christofer Paolini 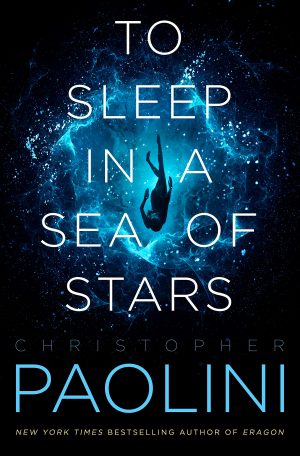 How well do you know Eragon? Have you ever seen the movie or read the book? If your answer is no then I strongly recommend you to watch at least the film to fall madly in love with the fantasy story, starring dragons, written many years ago by Christofer Paolini.

And after many years Paolini wrote a new story, in this case Sci-Fi – no dragons XD which came out only a month ago.

To sleep in a sea of ​​stars, is such a huge book, 1000 pages with a story that totally revolves around a space adventure that Kira will have to face.

In this Sci-Fi world every planet has been colonized, Venus, Mars, the planets that orbit the Cygni binary system … a very futuristic and fantastic vision. But like any self-respecting Sci-Fi story there are also aliens, drawn in the most disparate and abominable shapes.

Going back to the plot it all begins when Kira is sent on a mission to check for a simple anomaly in one of their devices. Here, however, she is attracted to a strange structure. In short, after falling into it she is “infected”, if we can say so, by an alien organism that sticks to her skin like a suit.

It will be this very organism that will be both her downfall and her salvation. She kills all her friends and the love of her life, but every attack she takes the suit will protect her from getting hurt. But alines are attracted to their own organism multiple times.

Kira will pass from one ship to another, will face many difficulties, many threats, also meeting possible allies to get to the end of this volume leaving us in desperate need to complete this space adventure.

Kira and her crew are wanted, and under attack from all sides, they have to escape, reaching our solar system. Much has happened. The alien they captured is now with them, and the enemies they thought were enemies are not. A war is coming and Kira knows she is the only one who can save humanity.

As we had already seen, over time she began to become familiar with aliens organism but to be able to fight she must train even more, get in tune with the entity even deeper. And having to choose between following orders or doing what she thinks best puts her in serious trouble. But deep down she knows what to do.

In this volume we come to the war that will mark winners and losers, but the goal that Kira and her crew have always had was to restore peace to the universe, between humans and aliens, as it once was, and will do everything to make that happen.

And perhaps it will be because of its length that some scenes have become boring, but not heavy. Normal scenes where the characters just talked etc but that slowed the story down a bit in the whole which could have flowed more smoothly. Let me explain, in my opinion it would have been better to cut something, reducing the length of the book itself without taking anything away from the main story.

Once bigger books attracted me more, obviously I’m talking about fantasy and sci-fi, now the bigger they are the more they frighten me,  maybe because so many interested books come out that I wish I had time to read them all and if they are too big they take much more time.

But despite certain scenes, I liked a lot the second half of the book. There was a lot more action, a lot more adventure. It has transformed from a beautiful but not crazy volume to an adrenaline-pumping volume. Being familiar with the story probably helped a lot. Kira looked much braver and different from the first half of the book.

Having said that, the fact remains that, even if there are already many Sci-Fi with the same themes around, each one, like To Sleep in a sea of ​​stars, has its particularities and are always pleasant to read.