This is not America by Alan Friedman 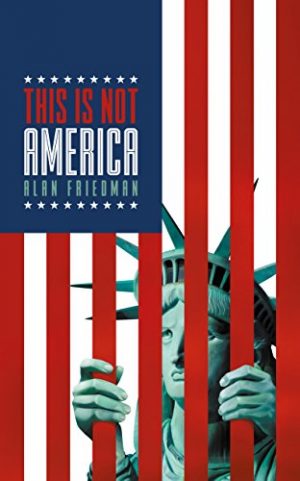 To fill our day a little today, I prepared this very special review for me because it was written by my father. Two weeks ago I gave him the book This is not America by Alan Friedman to read it and since he knows enough I thought who better than he to review this very “political” book? So here we are, I hope you like it and can fully explain the core of this book.

I agree with what has been said in this book. The author wanted to convey the real world of America of yesterday and today, the detailed world of the historical phases from the Second World War to today.

He did a magnificent search in the weaker section of the American population. Through these descriptions I understood that what I knew from history books, newspapers and television was very little compared to what is the true face of the United States of America.

I remember a song called “sognando California”, and I understand that that dream is only a utopia. Racial forms against black populations who are forced into slavery and the refusal of essential human rights are constant. And also the oppression that today women have to overcome, even here in Italy, like Nita Fisher being fired for having become pregnant.

In 2008 with the election of the President of the USA, Barack Obama, it seemed the right time for the realization of Martin Luther King’s dream. All this did not happen because the big lobes and the multinationals did not digest this change and the reprisals against the black communities returned with more force. The run-up to the purchase of weapons and the use of them especially in schools by massacring children has grown.

This is not the America of many immigrants’ dreams, the America that the New York statue of liberty symbolize.

Today with the coming to power of populist and sovereignist Donald Trump, America that was supposed to bring democracy to the world is reducing it in its own country. He builds walls, reduces workers’ health rights and wages. To maintain power, he circle himself of billionaire entrepreneurs and big finance who think only of profit at the expense of the working class.

All in all it is a well written book, detailed and from all that I said above also instructive about the current situation in the USA.