Tales From The Shadowhunters Academy | Review | Novellas from 1 to 5 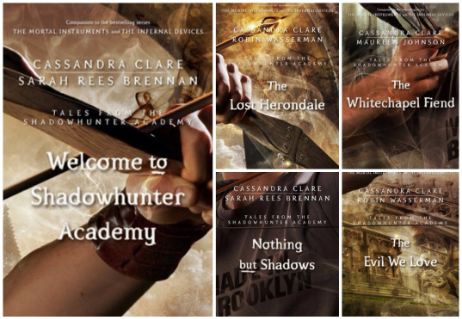 even this year is almost over and to finish it in beauty I decided to review the first 5 novellas of Tales from the Shadowhunters Academy, readings that I resumed, with the intention of completing them, recently, as you can see from the sidebar gadget of “Attualmente leggendo.”

Just like the Chronicles of Magnus Bane, these too were stories in which Cassandra Clare managed to perfectly integrate various stories from the past that have succeeded in appeasing my curiosity about mysteries.

Everything revolves around Simon, one of the characters of TMI, Clary’s best friend, who has literally gone through hell to save his friends. From mundane he became a vampire, then he became human again, and after losing all his memories of the Shadow world, thanks to the help of the Shadowhunters, he embarked on the journey to Idris, to the Academy to become a Shadowhunters, and with infinite hope, get back the memories that have been taken from him.

Between the plot of the daily life of Shadowhunters and Mundanes, Cassie also weaves stories about characters already seen or that we are still waiting to know with the books to come, stories that make us discover new things. That while we read them make us feel as if we were part of that world, too.

Cassandra Clare is writing a lot about the Shadowhunters, no story has ever been developed this way. She has given us so much information, that it is almost impossible to remember them all.

Perhaps hearing about the circle, and Robert Lightwood parabatai of Michael Wayland, we would like to know more about them, and not just their names and a hint of their stories. Especially on Michael, since we really know very little about him. Cassie, never contradicting anything of what she previously wrote, helps us to understand something about them, their relationship and their role in the history of the Conclave.

Or we would like to know why Tobias Herondale was condemned, why he was a coward as everyone says.

Or we would like to know more about James Herondale, because being a Shadowhunter with demonic powers does not have to be easy, not even to find friends, especially when you attend an Academy full of Shadowhunters with pure blood.

Well, in these novellas this and more is revealed, and even if short, they are rich in details from which you will not be able to take your eyes off until you have finished. Because in this is the skill of Cassandra Clare, be able to write what readers will love, and not something we could do without. She knows her fans well and never ceases to amaze us with her new stories.

Below I leave you the plots of these 5 novellas.

We’ll update with the new year, with the review of the other 5 novellas. 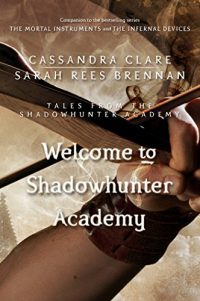 Plot: After living as a Mundane and a Vampire, Simon never thought he would become a Shadowhunter, but today he begins his training at Shadowhunter Academy.

This standalone e-only short story follows the adventures of Simon Lewis, star of the #1 New York Times bestselling series The Mortal Instruments, as he trains to become a Shadowhunter. Tales from the Shadowhunter Academy features characters from Cassandra Clare’s Mortal Instruments, Infernal Devices, and the upcoming Dark Artifices and Last Hours series. Welcome to Shadowhunter Academy is written by Cassandra Clare and Sarah Rees Brennan 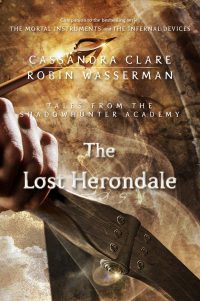 Plot: In the early nineteenth century, Tobias Herondale abandoned his fellow Shadowhunters in the heat of battle and left them to die. His life was forfeit, but Tobias never returned, and the Clave claimed his wife’s life in exchange for Tobias’s. Simon and his fellow students are shocked to learn of this brutality, especially when it is revealed the woman was pregnant. But what if the child survived … could there be a lost Herondale line out in the world today? 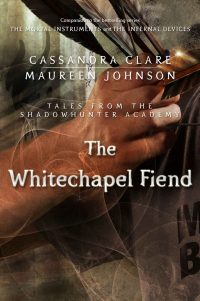 Plot: Simon learns the truth behind the Jack the Ripper murders – “Jack” was stopped by Will Herondale and his institute of Victorian Shadowhunters. 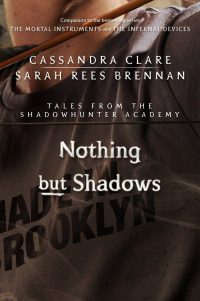 Plot: It’s hard to be a Shadowhunter when you’ve got demonic powers. Simon learns about the school-time struggles of half-warlock James Herondale in this prelude to The Last Hours. 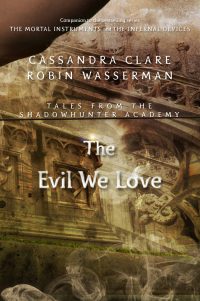 Plot: The Shadowhunter Academy has only just reopened following the disastrous rise of The Circle. Now the faculty can finally admit to what happened when Valentine was a student.