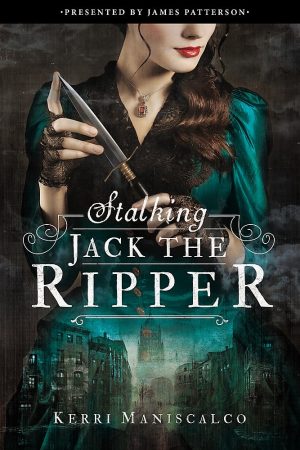 today is a bit of a busy day. Have you already read the review Senlin Ascends released two hours ago? If you haven’t done so yet then go immediately after reading this article, they are both books that I liked a lot, so today only positive reviews. In addition, the English review will also be released at 15 and 17 pm today since they will be two.

I had been aiming for this Kerri Maniscalco saga since it came out in the original language, attracted by the covers that the Oscar has decided to keep <3. I had never read the plots in fact I thought they were a total historical fantasy, yet while reading the plots I was stunned in a good way. I liked them more than I expected because they are different. The titles had led me astray, I thought they were fantasy and instead they are historical detective stories, very much in the Sherlock Holmes style, but in this case Sherlock is her, Audrey Rose, and her Watson is the very charming Thomas.

A detail that I really liked was the romanticism present since the beginning of the first book. The kind of romance that arises little by little, sometimes as a result of negative feelings towards each other, but that is cultivated throughout the book, romance that I had only found in Clare’s early books, or Divergent and similiar. I don’t know if you understand what I mean, but sometimes it’s just that kind of romance that keeps me going with the reading.

The Oscar has decided to publish the first three books on the same day, September 15th, so this review is a super preview, but the preorder is already open so don’t delay and show the oscar how much love there is for this saga, I can’t wait to have my beautiful copies in my hands. The fourth and final volume will be released in November.

As for the editions, on the other hand, as always, they are cured into the minimal detail. The covers are the original ones, the pages are colored with the same color palette as the covers and on the back of the dust jacket there are illustrations, as well as illustrations scattered inside the volumes. There is also a fifth volume of the saga, which more than a volume in itself is a collection of various chapters told from Thomas’s point of view, chapters that if I’m not mistaken are contained directly in these four volumes, because at the end of each volume, at the end of reading I noticed some chapters from Thomas’ point of view which are very nice which I appreciated madly because they are able to give a broader view of the whole story.

I also noticed that many people who have read Stalking Jack the Ripper found it predictable, in terms of finding out who the killer was. Maybe it’s because I don’t often read detective stories, I didn’t find it obvious or trivial, on the contrary … Maniscalco was able to mislead me to the end, I discovered it when Audrey Rose was there to do it too. All the previous suspects were enough to confuse me and not make me think about that character at all.

I’ll wait for you tomorrow for the reviews of In Hunting Prince Dracula. With the review I have to stop here. Super preview also means no spoilers and few details XD. I reserve the right to give 4 stars to this volume in the hope of being even more amazed with the others to give 5.

P.S. on instagram there will be an instatour with insights on the whole trilogy, I leave you the calendar here.