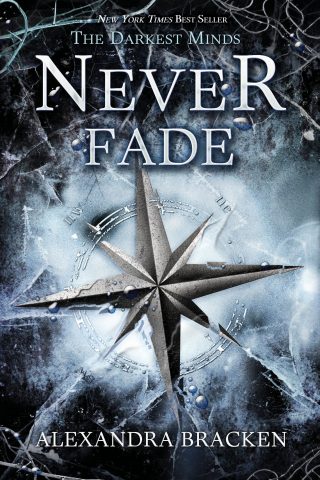 As you can see from the cover and the title, today’s subject is Never Fade by Alexandra Bracken. I leave you the link to the review of The Darkest Minds if you have not read it yet. I am very happy that Sperling & Kupfer has decided to publish this second volume a few months after the release of the first one in Italy too.

I would venture to say that this was, for me, even more beautiful than the first. In Darkest Minds we met the characters, in this we lived them. Knowing them already I could enjoy this reading even more. Other characters have also been introduced which in this volume will be very important in the ever-pressing narrative. The mastery of Bracken manages to amaze me more and more and I hope that they will also make the movie of Never Fade.

I state that I will probably make some spoilers inherent the finale of the first volume to be able to better introduce this, so if you do not want to read this part go ahead to the asterisks.

As we saw in The Darkest Minds Ruby at the end of the book had to make a very important decision, to ally with the League to save Chubs and had to give up Liam. Months have passed and her mission is to bring back to the base an agent she will discover is Liam’s brother, Cole. From here begins our new adventure together with Ruby, Vida, Jude, Chubs, Liam, and other characters we have met already.

Ruby must recover a usb driver that accidentally ended up in Liam’s hands. This usb contains the secret of the disease that has decimated the children years before. She will face many difficulties, but we know that Ruby is a badass and always gets away with the difficulties, and will do everything to protect her friends because she is like that, she always puts the others first.

The success of the mission could change the destiny of an entire generation, and of an entire country. There is no room for errors. And Ruby, once again, will do everything to protect the people she loves, until the end.

At the end of the book I must absolutely read the final chapter of the trilogy so hopefully Sperling decides to publish it as soon as possible. This dystopian trilogy addresses real issues, as I had already mentioned in the first review, as a malfunctioning and untrustworthy government in an apparently different world, but still the same. The guys who fight for survival are our protagonists and the way in which this story attracts the reader from the first pages is unique and phenomenal.