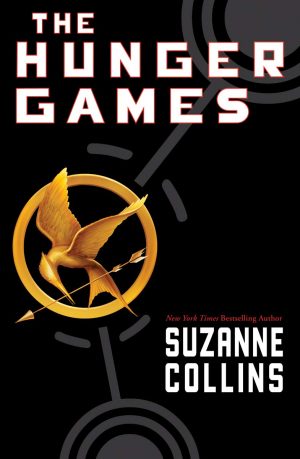 I don’t know if you have heard the news, but in a few days a new book will come out focused on the world of the Hunger Games, exactly 65 years before the trilogy timeline. Suzanne Collins could not have given us a better gift, even if the situation we are experiencing in the world is already quite dystopian without the addition of books like Hunger Games.

However I together with other bloggers thought it would be nice to re-read the trilogy – which for the record I had never completed in terms of books – and therefore a review party was organized for all three volumes pending the release of “Ballad of songbirds and snakes” coming out on the 19th both in the original language and in Italian for Mondadori.

As I said before, apart from this first book, I had never completed the reading of the trilogy, this was a good opportunity to dust off the books for me. But I saw the movies to the point of nausea and after reading the books I realized how similar they are. I often talk to you about books and cinematographic transpositions, Hunger Games is part of those few who have really adhered to the book, even for the smallest details, which every time makes me really happy because at least the original story has not been changed.

But if you’re part of that group who don’t know the Hunger Games then let me tell you about it. First of all I introduce you to the story. Panem is none other than the United States seen in a dystopian way, the consequence of events that have divided and destroyed the country. 13 districts have been created to maintain peace and control, each district with its own task for the community and Capitol City (the city of the rich and wealthy). And now we come to the Hunger Games. These games were created after the 13th district uprising to remind everyone else that Capitol City cannot be challenged.

Each year a boy and a girl are chosen for each district, they are put in an arena and forced to kill each other so that only one winner remains. They are raw, bloody games, and only the inhabitants of Capitol City rejoice in watching them.

This year the chosen were Katniss Everdeen, who volunteered on behalf of her sister Prim, and Peeta Mellark. Two young boys from District 12 who are mentored by – an ex-winner – a drunkard, Haymitch.

They don’t have much hope of winning against the other 22 fighters, but after putting on a play, deceiving the audience, maybe they have a chance. But it is all to see. The real twist will come to the end, but even though everything may seem to be going well, the worst is yet to come.

What our protagonists don’t know is that it’s best not to challenge President Snow, which Katniss unwittingly does. We just have to wait for the second volume to see if the unfortunate lovers of district 12 will have their happy ending or not, always if they survive the Hunger Games.