From Blood and Ash by Jennifer L. Armentrout 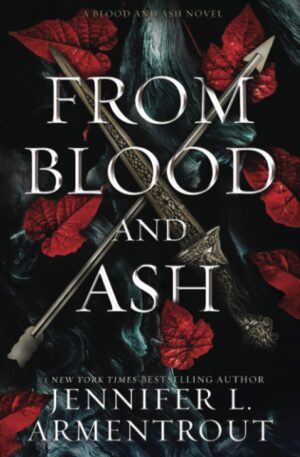 I read it! I read it! I read it! Finally I read From Blood and Ash by Jennifer L. Armentrout, the first of a new trilogy that as far as I know will be translated by Harper Collins, in Italian, in 2022. If you follow me on instagram, you know that I had bought the paperback long ago without ever reading it, but I finally convinced myself to do it and, OMG, more than reading it I devoured it. I did not remember how beautiful, and how quickly I was able to read books in the original language, but knowing English is a great advantage for that too.

The night I finished it it was almost two in the morning, and I have never been so sorry for not having had the second volume in my hands as that evening. And who knows when I will be able to buy it having already done too many bookish shopping. The thing is, I’ve never finished a book, even one that I loved, and not be able to wait to read the rest. Usually my brain gives me time to recover it or in any case, in the face of all the good weekly publishing, it allows me to wait, but this time no, at two in the morning I could not fall asleep thinking how much I wanted to continue the reading.

And to think that From Blood and Ash is a 610-page book. However, for those who still don’t know the story, it is Armentrout’s first high fantasy, set between Masadonia, Carsadonia and Atlantia. One thing that the plot does not say, and which in themselves are anecdotes that will be seen towards the end of the book, is that this is not a common high fantasy because the protagonists among them belong to different species. There are the Craven, monsters, transfomed by a disease that you will discover by reading – if I say anything else they are going to be spoilers. There are the Vampry, and yes the name is very explanatory, and the Wolven, also here very explanatory. And then there are them, the most feared so to speak, those who everyone thought were extinct but no, the Atlanteans – and if you are wondering, no they are not mermaids or tritons :), they are much worse. 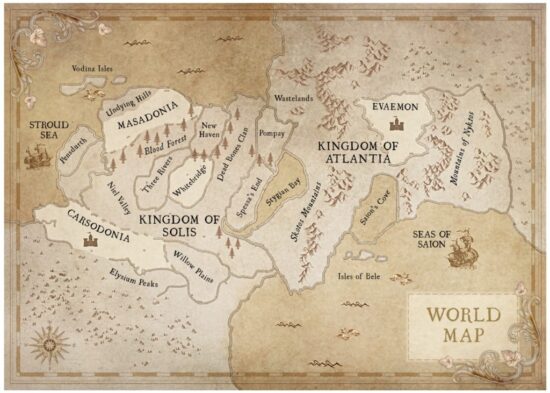 Poppy, Penellaphy, is our protagonist, she is the Chosen One, born with a gift from the gods, and for all her life she is kept in a palace, without the possibility to move freely, nor to talk to anyone, or even to be seen, because all her life she wore white clothes and I her face was covered with a veil.

But she is unable to accept these rules that are imposed on her, and for this reason she goes out secretly at night, she has been trained to be able to defend herself, even here in secret, and reads books that are forbidden to her. Her ascension is near, but no one ever told her what it is about. Many mysteries and secrets are kept from her and she cannot understand how she can ever play her role in society if she doesn’t even know what it is about.

But one day an attack occurs. Her personal guard, Rylan, is killed, and a new guard is assigned to her, Hawke. He is different from everyone else, he is friendly with her, he often oversteps the limit that her guards should keep, but she doesn’t mind. She had been watching Hawke ever since he arrived in Masadonia. He now knows her better than anyone else, and never once, despite being aware of her adventures, has he ever threatened to report her to the Duke.

It is when another attack occurs, and she is summoned to Carsadonia for her ascension, that things change, again. But this time not in the right sense. Everything Poppy had ever believed was a lie, but it’s not easy to live with the truth. Poppy had to live a lot, from loneliness, to abuse by the Duke, and Lord Mazeen, and the Priestess, but after a while things became normal. But now Poppy has to live another normalcy, she has to discover many things, and everything will happen in The Kingdom of Flesh and Fire.