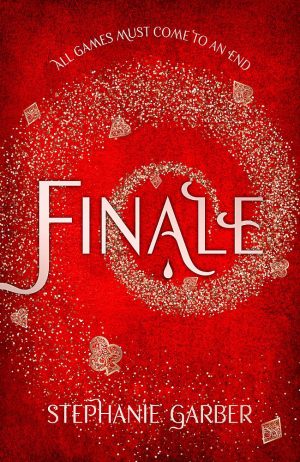 with immense sadness we have also reached the end of this trilogy. Stephanie Garber’s Caraval was able to make me dream, love, laugh, rejoice, suffer and much more along with her characters. Reading these three books felt like returning to the old fantasies, the pure ones, in invented worlds, with twists of all kinds, but which at the center had a touching, passionate love story, most of which formed by a triangle were each character was more fascinating than the other, and although new ones always appeared they were well integrated and well created.

Caraval is one of those trilogies that I would reread over and over again, despite the fact that I already know the end, because it would never be able to bore me. Today comes out for Rizzoli Finale, and just like its title we have reached the end. I will miss Legend, Julian, Rossella and Donatella very much. Their way of loving each other and making war at the same time. Secret loves, magic, Caraval itself.

I have not read this trilogy, it has read itself, and it is etched in the walls of my mind forever. And I have to admit, I’ll miss Jacks and all the Caraval actors too.

But turning to talk about this third volume, spoiler free of course, the girls have never faced a more arduous, and more adventurous adventure. Characters that we thought we would never meet are here, but the real highlight of this volume are the twists and turns and all the secrets revealed and the emotions that were previously hidden and now surfaced. You will try, but you will not be able to predict what will come next, I have tried and I have failed miserably.

If you remember Jacks is no longer the heir to the throne, but Legend is. Rossella and Donatella’s mother has not woken up yet, and on the one hand it is good because if she wakes up like this, the other Fates will do too, thus starting to sow chaos throughout Valenda. But if the Fates seem to you the worst that can happen then you must read the book because, alas, there will be much more and as always Rossella, but most of all Donatella, will take on the responsibility of saving the city and their loved ones as Legend and Julian.

But I really want to avoid making you involuntary spoilers at all costs so I’ll stop here. I just want to add one last thing. Love is stronger than everything!