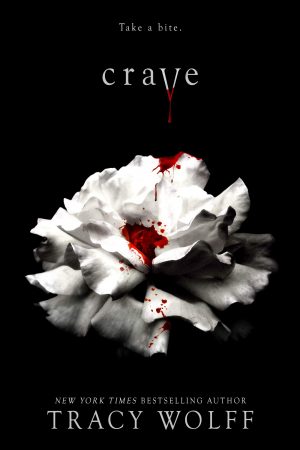 I’ll tell you one thing, you understand that you really liked a book when you re-read it after months from the first time and you still remember every single detail of the story. I had read this book around October if I remember correctly, I practically devoured it even if I have not really read it. I found out about this story through Chapters, and even though I’m not sponsored by app for it’s promotion, I highly recommend it. The creators take the stories from real books like Crave, or Obsidian by Jennifer L. Armentrout and many others and convert them into interactive stories with images and drawings of the characters, with the same stories and the same lines but with, every now and then, the possibility to choose what to do such as kissing or going away or rejecting the male character in a given situation.

In short, it is a beautiful app also to discover new stories to be read later in book format. Having said that, let’s move on to Crave. Many have denigrated it regardless because the plot looks very similar to other stories already created, but the truth is that the only thing it has in common with other stories are the creatures and nothing more because the story is original and a joy to read. Let’s face it, vampires are old but contrary to what many say they have never gone out of fashion. The other book I’m reading The afterlife of the party also has vampires and witches as protagonists, and who knows why a TV series with vampires must always be on TV.

They are old, they have been used in many stories, but to be outdated, never that, after all who doesn’t like a well done story about vampires? I don’t deny being on the side of pro vampires and supernatural creatures. From the no spoiler plot that I leave you I hope you will understand how cute this story is and give it a chance, as I told you I have already read it twice and I do not exclude a third once I have the book in my hands.

After the death of her parents, Grace moves to Alaska to meet her uncle, the principal of a boarding school on top of a mountain where the snow never melts. But on her arrival she does not receive the most worming welcome. They all seem to judge and observe her at all times and the last thing Grace ever wanted was to get their attention. Threats from Jaxon Vega, Katmere Academy’s most popular kid, don’t help.

But she doesn’t know what Grace has gotten herself into, because Katmere is actually a school for supernatural kids, vampires, shapeshifters, dragons and witches. A boarding school that deals with the various normal school subjects, but also something more, in an old castle with tunnel that makes you move quickly from one side to the other but not at all safe to go through.

Grace will find out a lot in this time that she will spend in boarding school. But she also eventually discovers that Jaxon’s fears were not unfounded and in this first of four volumes, everything will happen. But the ending guys, ok that every ending when there is a continuation leaves you with your mouth open, but this leaves you with a broken heart but say no more because you have to read it.

Also apparently the book has been optioned to become a movie and I really hope they don’t mess up because for me this story is 4.5 stars and if they do as it always happens they will turn it for worse and it would be a real shame. Having said that, however, hope is the last to die so we keep our fingers crossed.