today as you can see from the image I’m not talking about a recent TV series, maybe still in production, but of an old series that has made history, a strong piece of pop culture. Many of you probably already know Buffy – The Vampire Slayer, who in reality is very similar to Supernatural, because, do not be fooled by the name, Buffy does not kill only vampires, but we can already see from the first episodes that she also hunts many other creatures .

In my opinion Buffy is a Must-watch that will never go out of style. It is a colossus series of 7 seasons, one more exciting than the other. I do not know why I’m talking about it just now, but better late than never. I was passionate about Buffy when I was younger, probably one of the first TV series I saw after starting with Supernatural. And now you can say that I started well – ahaha. One like me who hates scary things started with Supernatural, Buffy and the like. Well yes 🙂 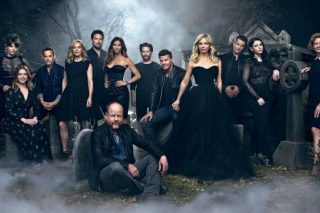 I always hope that maybe one day, even if now the actors are a bit ‘aged, they will do a Revival, adding new episodes as they are going to do with Veronica Mars – next in this column – with the same actors. I can not wait.

I do not leave all the plots because they are too long, I leave you only the general plot and that of the first season.

The series narrative follows Buffy Summers (played by Sarah Michelle Gellar), the latest in a line of young women known as “Vampire Slayers”, or simply “Slayers”. In the story, Slayers or the ‘Chosen Ones’ are “called” (chosen by fate) to battle againstvampires, demons, and other forces of darkness. 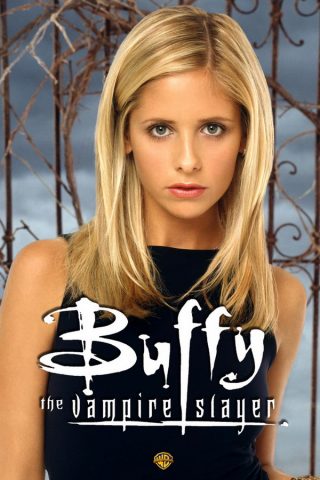 moved to Sunnydale after burning down her old school’s gym and hopes to escape her Slayer duties. Her plans are complicated by Rupert Giles, her new Watcher, who reminds her of the inescapable presence of evil. Sunnydale High is built atop a Hellmouth, a portal to demon dimensions that attracts supernatural phenomena to the area. Buffy meets two schoolmates, Xander Harris and Willow Rosenberg, who help her fight evil through the series. She also gets a love interest in the form of Angel, a vampire who has a soul. They soon become known as the “Scoobies”. Together they must prevent The Master, an ancient and especially threatening vampire, from opening the Hellmouth and taking over Sunnydale. While befriending Buffy on her first day, both Willow and Xander have motives to fight. Xander’s motive to fight alongside Buffy was the loss of his friend Jesse, who was turned into a vampire by The Master’s minions. Xander soon kills Jesse. Willow however was more timid and fiercely scared of monsters. They both soon become Buffy’s most loyal sidekicks. There is some romantic tension between them as Xander has a crush on Buffy and is oblivious of Willow’s affections for him. The Scoobies distrust Angel but warm up to him as the season progresses. Buffy and her friends often clash with Cordelia Chase, who attempted to befriend Buffy on her first day, but Buffy didn’t like the way she treated Willow. Throughout the season, Cordelia was often at odds with Buffy and her friends but near the end of the season, she becomes aware of the supernatural world around her and helps Buffy. In the earlier episodes, Buffy and Angel encounter The Master’s favorite minion Darla, who was the vampire who sired Angel. Darla is soon killed much to The Master’s anger, but The Master gains a new protégé in the form of the Anointed One, a child like minion who has a major role in opening the Hellmouth. In the season finale, Buffy learns of a prophecy involving her death at the hands of The Master. Just as The Master begins his plot, Buffy finally confronts him. The Master bites Buffy and leaves her to drown in a shallow pool. Buffy recovers via CPR by Xander and confronts The Master again on the school roof. After a final stand off, The Master is impaled and killed on a piece of wood after falling through the Sunnydale High skylight. After saving the world, Buffy and her new friends go to a party.

If you have already watched it, let me know, I would very much like to be able to talk to you a little after all this time that I have not entered in the Buffy World!