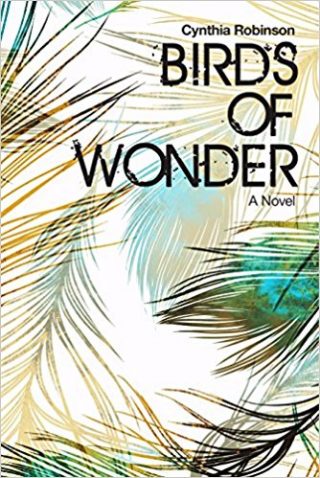 I decided to participate to this Blog Tour organised by Smith Publicity. Today’s review is on Birds of Wonder by Cynthia Robinson.

The type of writing for this book is very simple, everyone can read this book and love it, because is not very big and the story can easily passionate you.

Everyone starts when a girl brutally murdered is found by her teacher in a park. And from here begin the real mystery that is the real point of this book. The story is told from the point of view of many characters, each connected somehow with the victim and the murder.

This book worth to be read and see the mystery being revealed at the end of the book – or maybe not, let go find it 🙂

One August morning while walking her dog, high-school English teacher Beatrice Ousterhout stumbles over the dead body of a student, Amber Inglin, who was to play the lead in Beatrice’s production of John Webster’s Jacobean tragedy, The Duchess of Malfi. Barely able to speak, Beatrice calls the police. That is to say, she calls her daughter. Jes is a detective with two years of experience under her belt and a personal life composed primarily of a string of one-night-stands, including the owner of the field in which Beatrice has found Amber. In addition to a house and a field, Child Services lawyer Liam Walsh owns a vineyard, where Amber Inglin, along with a handful of other teens who’ve had difficulty negotiating the foster system, was an intern. Set among the hills and lakes of upstate New York and told in six vibrantly distinct voices, this complex and original narrative chronicles the rippling effects of a young girl’s death through a densely intertwined community. By turns funny, fierce, lyrical and horrifying, BIRDS OF WONDER probes family ties, the stresses that break them, and the pasts that never really let us go.