Today’s post is on my Blog Tour stage, organized by Chapter by Chapter, and is on Tristina Wright’s 27 hours.

I had very mixed feelings for the book in question. The cover had intrigued me a lot, and even the plot was no less, but not being a lazy reader of LGBTQIAPK books I was in doubt whether to read it or not. The contents were really so many, and I was not sure I would have liked it.

I can tell you that in the end I am extremely happy to have read it. It was not like I expected. Characters are so natural, and even though they often claim their sexual preferences, it did not look like a genre that I would normally find a bit heavy for the abundance of content.

The book itself is long enough, but those 400 pages, during the reading, ran off and I did not even notice it. It was a new and refreshing book I should say. I absolutely recommend it to anyone who has no problem reading this genre, because I assure you that you will notice it barely because of how the story is well structured, how well the characters are drawn and how well is the setting in which everything is place.

I’m very grateful to Chapter by Chapter for giving me this opportunity, and I apologize to them if this post arrives a little late on their roadmap, I saw at the last moment that there was also a time for publication.

But I can pardon me by promoting this book better. I recommend reading and buying it because it’s amazing. 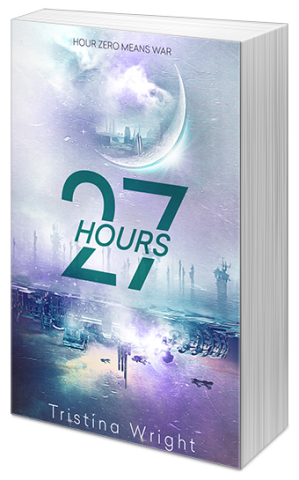 Rumor Mora fears two things: hellhounds too strong for him to kill, and failure. Jude Welton has two dreams: for humans to stop killing monsters, and for his strange abilities to vanish.

Nyx Llorca keeps two secrets: the moon speaks to her, and she’s in love with Dahlia, her best friend. Braeden Tennant wants two things: to get out from his mother’s shadow, and to unlearn Epsilon’s darkest secret.

They’ll both have to commit treason to find the truth.

During one twenty-seven-hour night, if they can’t stop the war between the colonies and the monsters from becoming a war of extinction, the things they wish for will never come true, and the things they fear will be all that’s left.

27 Hours is a sweeping, thrilling story featuring a stellar cast of queer teenagers battling to save their homes and possibly every human on Sahara as the clock ticks down to zero. 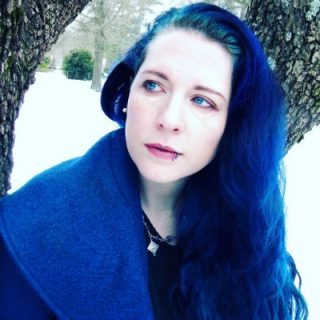 Tristina Wright is a blue-haired bisexual with anxiety and opinions. She’s also possibly a mermaid, but no one can get confirmation. She fell in love with science fiction and fantasy at a young age and frequently got caught writing in class instead of paying attention. She enjoys worlds with monsters and kissing and monsters kissing. She married a nerd who can build computers and make the sun shine with his smile. Most days, she can be found drinking coffee from her favorite chipped mug and making up more stories for her wombfruit, who keep life exciting and unpredictable.

A 27 Hours Prize Pack, including:

* A set of 27 Hours Character Cards

* AND a copy of an October release *